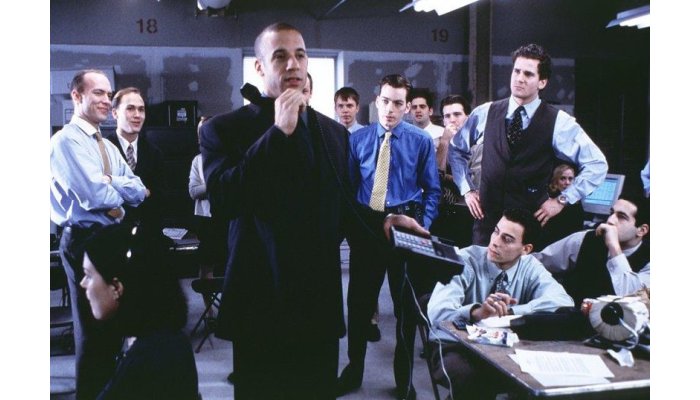 Wall Street is where all the financial power of the United States of America is concentrated. The most famous and largest exchange companies are located on this street.

Most people dream of living and working there. But only those who really deserve it achieve this. And this is where the best traders work. Many films have been shot on this topic, which are worth watching for everyone who wants to immerse themselves in this world.

These films can force you to lift the fifth point off the couch and start doing something. They are very motivating and help to get a better understanding of how the business world works. We present you the best films about the Wall Street stock exchange and traders – a complete list. 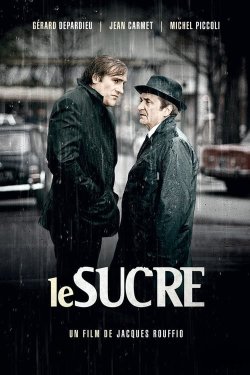 At the center of the action is Adrienne Courtois. He was lucky to marry the owner of a pharmacy, who has a large fortune. Taking his wife’s money, the man wanted to try himself on the commodity exchange.

Thus, it falls into the hands of Wall Street brokers. These people screwed up his brains, and he agreed to take part in the sugar scam. This requires all your money to be invested.

At first, the venture brought some income, and Adrien was sure that this would continue. But, as usual, things don’t go according to plan. As a result, the protagonist gets into big trouble. Jack Casey is a young and ambitious guy. Having entered a job in a stock exchange company, he becomes a broker and gradually increases his capital. At first, indeed, he was very lucky. But a black streak came. He lost not only his own money, but also his parents’ money.

Understandably, the brokerage business had to be done away with. He did not have to look for work for long. A courier was needed in San Francisco. Of course, the native people were not delighted with Jack’s new activities.

But the guy liked the job. There is something special and atmospheric in this: driving around the city and seeing different people. 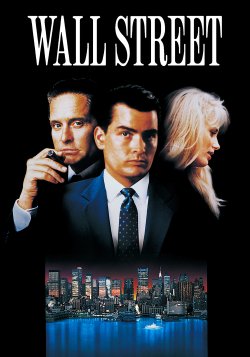 A young and ambitious financier, Bud strives to reach unprecedented heights in this business.

An innate instinct helps him to exist very successfully in this predatory environment and very soon Gordon Gekko himself, the greatest businessman of his time, draws attention to a promising broker.

Starting to work together, they earn more and more, until finally Bud realizes that he is sickened by the uncompromising and cruel nature of the mentor. The guy does not want to go over the head and destroy people’s lives, just to fill his pockets. 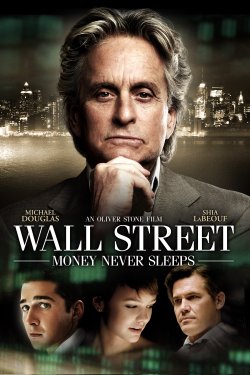 A financial genius like Gordon Gekko still needs to be found. At one time, his knowledge was in great demand. But the constant manipulation of money led him straight to jail, where he spent 11 years.

During this time, much has changed in the world and his abilities were no longer required by anyone. However, for Gordon, this is not the main problem. He wants to improve relations with his daughter.

The girl blames him for the death of her brother. Allegedly, Gordon drove the guy to suicide. After meeting the young broker Jacob, Gordon has a chance to fix everything: to get his daughter’s forgiveness and get down to business. 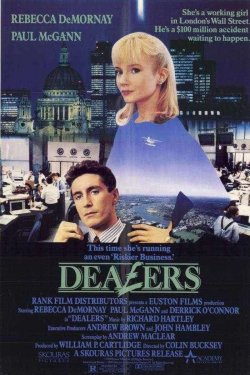 Daniel has been on the stock market for a long time. The man is used to taking risks all the time. Only in this way, in his opinion, you can make money. His colleague Anna can argue with him. The girl will first calculate everything, double-check everything, and only in this case can she hope for success.

Young people, it seemed, would never work together. The bosses don’t think so. The man likes that Daniel and Anna have a different approach to work. Therefore, the task of getting the financial corporation out of the bottom goes to these two.

In addition to working relationships, romantic ones appear between the guys. Will this not be a hindrance to work? 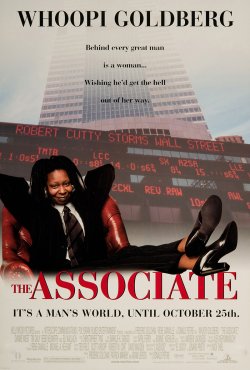 Laurel Iris is an excellent financial analyst. She is an intelligent and capable woman, just perfectly versed in everything related to money. Such people always have the opportunity to get a prestigious job on Wall Street.

However, in a world ruled by men, it is quite difficult for women to show themselves, especially to a dark-skinned woman. Due to a colleague who is a racist, Laurel cannot achieve what she so desperately wants.

But she does not intend to give up. Laurel is devising an ingenious plan. With his help, the main character will destroy all the prejudices and stereotypes of Wall Street to smithereens. Ivan is a young and talented guy. He’s very good at math. But he prefers to keep his abilities to himself. For a long period of time, the young man has been working for a stock exchange company.

Nothing fancy, Ivan just delivers coffee, rolls and pieces of paper. Ivan never wanted to draw attention to himself. Therefore, he writes down all his ideas regarding work on stickers and sticks them anywhere: on the elevator, on the walls, on the door.

One day, the boss notices one of these records, and then invites Ivan to become a leading trader. 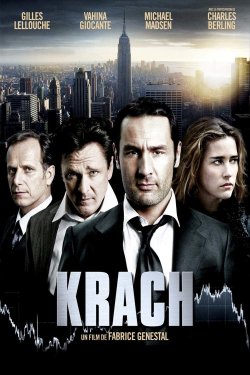 Erwan’s genius is the envy of a huge number of people. He is one of the best traders in a banking company. A man sees in simple things ideas that usually no one notices.

So one day at a meeting, the protagonist saw some kind of pattern between asset prices and the weather. Then, together with the programmers, he manages to create a robot. But this is an unusual robot. It is a machine that is capable of predicting whether prices will rise or fall on the market exchange.

This idea has brought considerable income for Erwan. But you can’t do without troubles. Then the trader has to go to extremes. 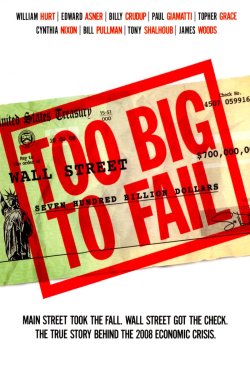 2008 was one of the worst years for America. The economy began to decline. The consequences of this were not long in coming. Most listed companies on Wall Street have declared bankruptcy. And some of them closed altogether.

The situation is dangerous for the country’s financial image. Therefore, it is necessary to immediately begin to solve the problem, which is what Henry Paulson did. He is the state treasury secretary and should know best how to deal with this nuisance.

In this matter, he enlists the support of an old friend. Together they will try to put the economy back in place and solve the problem. Will they be able to do it? 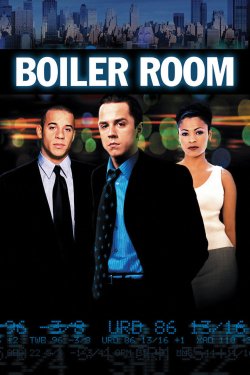 Seth is a young rogue who dreams of easy money. Repeatedly he drove his parents to paint, turning a variety of scams, which, however, never brought the desired result.

This time the guy pulled himself up and opened a small underground casino right in his apartment. At first glance, everything is going quite well, finance is becoming enough for his small needs, but there is always something to strive for.

Seeing potential in the young fraudster, one of the guests of the gambling establishment offers him an interview and work for a mysterious brokerage company. 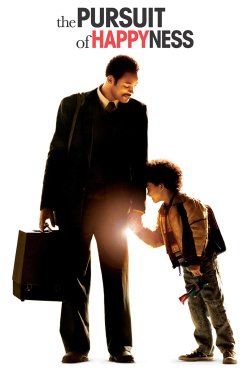 Chris is a simple man who never got an education. But this does not prevent him from moving up the career ladder, at least he is trying to do it. A young man is optimistic about any failure. He believes in himself and in his ideas.

But the business of selling medical equipment does not make him money. He walks with the product and offers it to all the doctors. But there is no one in demand. And at home his angry wife is waiting for him, tired of the fact that Chris will not find a normal job.

After all, you have to pay for food, for water, for an apartment, for a kindergarten where their child goes. What will Chris do? 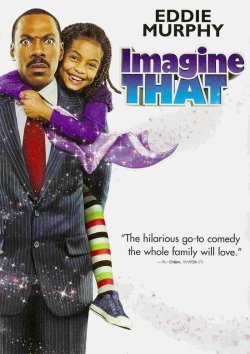 Evan has always put work first. He is a financial analyst and should devote as much time and attention to this activity as possible.

Therefore, there is absolutely not enough strength for a wife and daughter. Evan does all this for the good future of his family, but the girls do not quite understand this. One day, the protagonist’s work is in jeopardy.

It is at this moment that he notices his daughter’s drawings, which accurately predict the future fate of stock quotes. This amazing event greatly saves the career of the protagonist. From that moment on, his attitude towards the family changes. 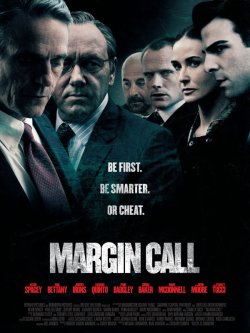 The financial position of the United States of America was greatly shaken. This means that a financial crisis may come very soon. Securities and shares will be depreciated.

This state of affairs will lead to the collapse of many exchange-traded banks. One of the directors of such a large bank understands that the economic crisis cannot be avoided. Everything possible should be done so that this does not affect their company in any way.

Perhaps the solution will be to get rid of existing shares. Better to do this in advance. In the morning, company employees gather to make a final decision. The most important thing is to make the right choice, otherwise the situation may worsen. 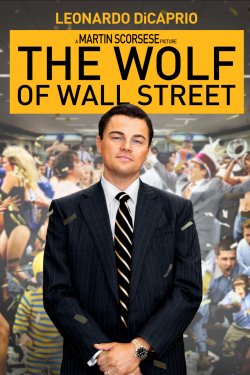 Jordan is a young financier. What distinguishes him from his quiet and muffled colleagues is his irrepressible desire to become the best. Willing to take risks and go for a break, the guy quickly earns credibility and opens his own small firm.

And then … everything went just fine. Money flowed like a river, because many of his clients are little knowledgeable in the field of economics.

This circumstance allows Jordan to conduct business the way he wishes, albeit not always legally. The main thing is to achieve the result he needs. 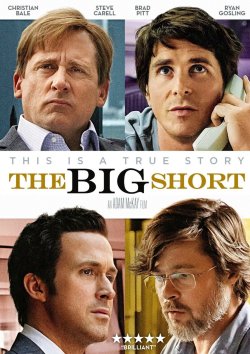 Most people don’t believe in the existence of financial visionaries. However, this is exactly what people predicted the events that happened in 2008.

The main characters determined that a global crisis would come in the near future. They wanted to make money on their forecast. But the guys are not going to carry out illegal machinations. They want to get money only through legal means. Their words really proved to be true and the crisis came.

While other companies went bankrupt, the central characters raised their capital every day. But how long will the guys have a white streak?