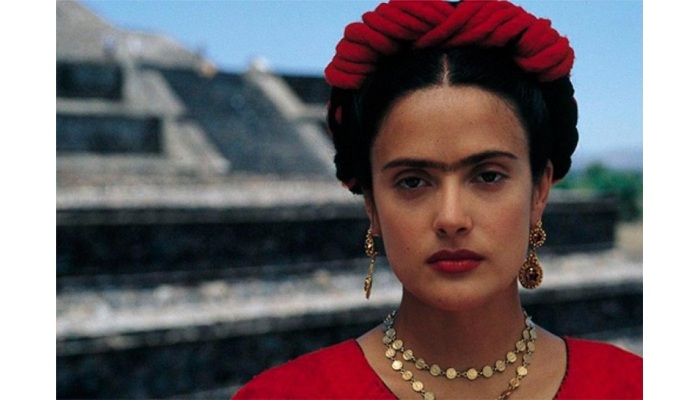 Frida Kahlo’s works are known all over the world. The artist was able to show in her paintings the culture of the Native Americans and show Mexican art in a new way.

Her paintings nowadays sell for millions of dollars, and under her name a variety of products are produced. Undoubtedly, many films were made about such a person, about several of them further in the selection. We present you all the movies about Frida Kahlo – full list. 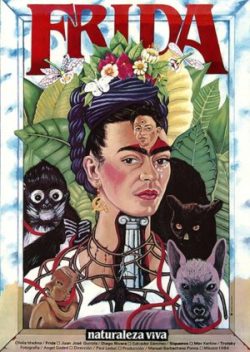 The film biography shows the reader all the hard life of the artist. The film accurately shows the most tragic events of her life, her relationship with her father, husband, and friends. The film gives insight into what Frida was like and how her life flowed.

The film shows all the dramatic moments of Frida’s life: the illness, the accident, the miscarriage, visions… The whole biography of the artist up to her death is told to the viewer with the help of different artistic images.

Thanks to the talented production team and a lot of work, the film is strong, lyrical and authentic. Watching this film is enough to understand what a special person Frida Kahlo was. 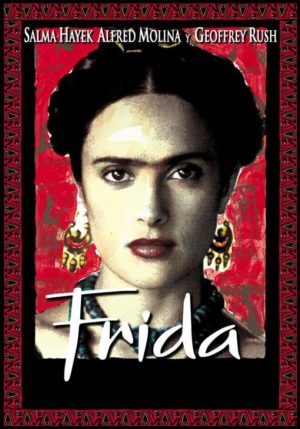 The second film in our selection deservedly won an Oscar, and its popularity was due to the recent release of Hayden Herrera’s book about Frida Kahlo’s biography. The film is vivid, strong, dramatic and definitely memorable.

The film not only tells about the most interesting moments of the artist’s life: her depraved lifestyle, her love for her husband, her bisexuality, but also successfully weaves the artist’s famous masterpieces into the plot. After watching the film, Frida will appear to the viewer as a person with an amazing way of life, with a special way of life and attitude towards the world.

The film accurately conveys the bright and exotic mood of both Mexico and Frida herself. This biography is one of the best adaptations of the artist’s life. It contains the work of a talented director and equally talented actors. 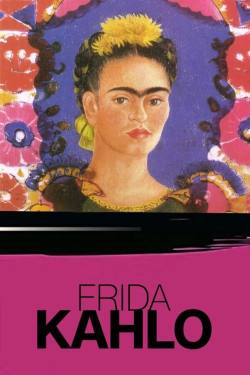 The 1982 film is a documentary. It focuses the viewer’s attention on her paintings. On how Frida expressed her reality.

The visuals of the film are very simple, but what the narrator talks about leaves the viewer impressed. A detailed description of Frida’s life stages and how this influenced her art, an account of the difficulties of her life, her attitude toward life. The film includes an analysis of her paintings.

After watching it, the viewer will understand Frida from a different perspective. The film describes her life, her miscarriages, her accidents, her illnesses, her relationships with her husband, pets, family and friends and how Frida Kahlo expressed her emotions through her art. 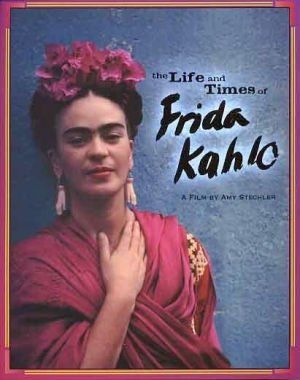 “The Life and Times of Frida Kahlo” from 2005 is also a documentary. In an hour and a half it tells about the life of Frida and her contemporaries.

The film is especially highlighted by real photographs of those times and numerous pictures of the artist’s works of art. The film shows what Frida went through, the constant pain she experienced and how hard life was for her.

The film is full of rare footage of Frida, her husband and her friends. It describes the events of the artist’s life with historical accuracy, so it is ideal for watching for those who want to hear the most complete and authentic information about Frida Kahlo. 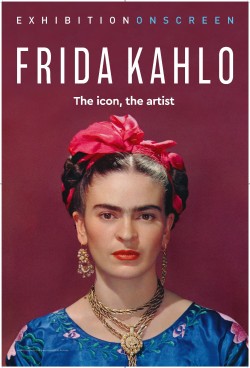 The last film of the selection was released in 2020. In modern times, Frida has not lost her popularity, because she is an unusual example of a woman-artist.

This film differs from the other pictures in the selection because it is made with the use of the latest technology. This allows all the pictures and photos to be thoroughly examined. In addition, the film uses letters written by Frida.

This film shows the newest view of Frida Kahlo’s life, telling all that is known to researchers of her biography by the year 2020. In addition, it does its job of showing the artist from her sensual side, revealing all the symbols of her paintings and sharing her vitality and worldview.

A film about such an amazing person just has to be vivid, full of symbolism and beauty. Frida Kahlo was bright, talented, tragically cheerful and unique, the same is the legacy she left behind.